Projects, Updates, and Endless Writing...Until the End of 2019 Part 2.

Here is PART 2 of the list of what to expect until the end of 2019. I'll update links as I get them. Knowing me, however I probably forgot a story or two, so this may not be a complete list at all. 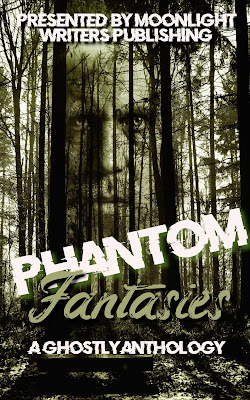 My Story:
Apparitions of Elizabeth Robinson 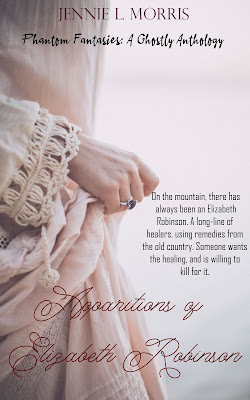 Elizabeth Robinson. An Elizabeth Robinson lived in this hills of Eastern Kentucky as long as people built permanent settlements in the lush, green forests. While the mountains recover from the War of Northern Aggression, the simple folk seek the healings of the Robinson women. Three generations, working the ways from the old country, live in isolation from the outside world.

The youngest Elizabeth Robinson, a healer by happenstance, dispises her role in the family. She longs for freedom, the wilderness of her youth, an escape from a dark secret. Alone in the forest, she stumbles upon the ghost of a Yankee soldier, Samuel Henry. She sees spirits, has since her youth, but Samuel has a corporeal form.

Determined to help Samuel pass beyond the veil, Elizabeth brings him back to her mountain home. Like the turning of the wheel of fortune, prosperity changes to misfortune for the Robinsons, and a menacing figure lingers like a thick fog. Generations, built on lies, force Elizabeth to face a bleak reality and make the ultimate sacrifice. 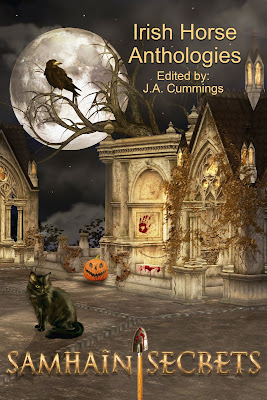 
The Crimes of Colleen O’Byrnes 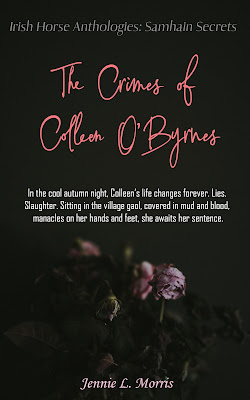 Ireland, 1880, in the wee hours of Samhain, Colleen O'Byrnes must retrieve a secret. Shovel in hand, she intends to dig up a coffin. The village priest, her uncle, stole a precious heirloom and took it to his grave. Colleen risks everything for her family’s fortunes.


Nothing is as it seems. In the cool autumn night, Colleen’s life changes forever. Lies. Slaughter. Sitting in the village gaol, covered in mud and blood, manacles on her hands and feet, she awaits her sentence. Her one friend, Reardon McGiffin, helps her escapes.


Ten years in America, living a small life, Colleen pays penance by working at The Sisters of the Eternal Flame Sanatorium. The past ceases to rest, and old sins come to light, leaving Colleen at the mercy of fate again.

That's all for now, when I get links, I will post them.

Where to Find Me